You are here: Home › Hamada Shouko: Yume no Kodomo

So, I think I read this, but whenever I try to remember what happened, I just remember scenes from Love Mode. I’ve had it so long and it’s been on my “reread to score” list since I made it, so I guess I did read it. The story is 20 years old. It’s always interesting reading older BL particularly in light of the things that attract me to BL now. I’ll be trading off with nemubits. I’ve always enjoyed my chats with her about this or that BL thing, so I was happy when she offered to join me on this. – Himi

I have never read Yume no Kodomo. I was interested, but it’s a bit long for my usual pre-bed reading (I don’t trust myself to stop at a reasonable hour), and I wasn’t sointerested that I’d think to start early enough in the day to finish it. The volume 4 cover in particular has caught my attention repeatedly. I didn’t realize the title was a full 20 years old, but I’m not quite sure how that alters my expectations – hopefully that means it stands the test of time. I’m looking forward to reading this with Himi. I know we enjoy a lot of the same stuff, but this will be our first time reading BL in unison. – nemubits

Oh, yes, I did read this. Youji isn’t the most annoying character I’ve ever read, but I remember thinking that he needed to get a life. He’s dishonest, disrespectful, nosey, and self-centered. He’s is the kind of character that makes me look forward to the moment he gets betrayed by his assumptions. Then there’s Hiromi. I remember only being slightly annoyed by her. I think she passes because even though she’s meant to be the fujoshi’s stand-in; our vehicle, which is a character that is usually annoying, pushy, constantly overstepping their bounds and disregarding people’s expressed feelings, she’s not so much like that. Though, I just can’t remember if either of them ever stopped being annoying, slightly or otherwise.

Come on kid, who lets a stranger into someone else’s house?

Youji does the thing that I despise so much! I can’t tell you how much it bothers me when character_A tells character_B that they should give character_C a chance or not be so rude or make some kind of sacrifice in character_C’s favor. And all I can think is “shut the eff up and mind your effin business. You are new to this scene and you don’t what’s going on and don’t know the history here. You have no place breathing a word about what someone should or shouldn’t do. Why do you even think that your opinion matters here?” I could rage on this for hours. I just need to read that once in a manga and I’ll be close to satisfied.

So, I was confused as to why Hamada chose to put the spider lily in the background of this picture since it’s general meaning is reincarnation. Then, as the confrontation between Ren and Youji concluded, I thought maybe it’s to reflect Ren seeing Youji in the same way he views his younger self with all that unchallenged idealism. So, I suppose it’s not too much of a stretch to bolster the scene by subtly representing that concept. Or it could be totally random.

Youji is both easily swayed and stubborn. It bothers me.

Why are people always so ready to call on jealousy or envy for why someone doesn’t like something? It’s not like Ren said “I just don’t like it, end of story.” He said he doesn’t approve of it, and even with this translation, I know there’s a definite difference in meaning. And boo hoo, so he doesn’t like the stories. What of it? I only care if people like the thing that I like. For me that means that I may have someone to talk to about it. Well, I suppose it’s not that I don’t care at all that someone doesn’t like something, but it only matters in regards to me knowing not to bring it up. Beyond that, knowing that serves no purpose. So this whole devastation that Youji is experiencing over Ren not liking his favorite author is beyond me. Okay, so maybe it’s like the work means a lot to him and and when someone rejects the work, he feels like they’re rejecting him. But even though I see that, I don’t get it. It’s not like he created it and even if he identifies with the subject matter or the characters, there should still be enough distance that you wouldn’t take someone else’s opinion of the work personally. If we reverse it, although Ren thinks that Youji is naive for embracing such a sentimental work, he’s not holding it against Youji that he likes something that he doesn’t care for (rather that has bad memories attached to it). Ren has is own view to defend, but he isn’t shattered by the fact that Youji doesn’t agree with him. Humans are an irrational lot.

I don’t like people who do not respect the privacy of others. It’s really gross that people feel entitled to know anything more than what a person wants to share. The problem with characters like that is that they never actually learn unless something tragic happens as a result of their intrusion. So when a story ends without the character facing some kind of repercussion for their entitlement, it is difficult for me to see a happily ever after, because I can only think that they’ll do it again. In this case, Youji finds out without relying on the information that he uncovered, but that’s just this time. The other thing about this situation is that he vacillated on the issue, but only after he pulled two other people into it did he decide to leave it be. Seriously. He had no idea what was on those disks, it could have been anything.

And Oh my goodness, how could Ren ever have fallen for a jerk like Hirose? Senko, too? Someone needs to just sew his mouth shut; he’s polluting the air.

I remember being disappointed the first time around that the Ren/Rena mystery was solved in volume one, because I just had a feeling that the remaining volumes were probably going to drag on about them getting together. I don’t remember how the feeling matched up with the actual course of the the story, though, so I guess I’ll see.

I think Himi went over everything that bothered me, too. I’m not a fan of  characters who just constantly get angry and lecture without context. Also, apparently Ren and Senko have been friends for years, Youji’s just meeting him now, and hates him immediately? The translation’s a little weird, but it seems to me like he started being antagonistic first and uses Ren’s joking retaliation to take offense. It’s like the sister complex is just there to add conflict at the beginning. Luckily by the end of the volume it started to calm down a little. Actually, the first time I started to think that, they immediately got in another fight, so we’ll see.

Also not a fan of the invasion of privacy – plus, it ended up being almost pointless.

I like the angle of this panel, although I think some of it is probably due to the page being scanned from a book. The beginning moved so quickly. Were “forced to live with someone you dislike” stories a new thing in the 90s, or were they already old hat at that point?

If this story took place in 2015, the next panel would have Youji giving up because he doesn’t know where to find a machine that reads floppies. Or, more likely – “What is this and why does it look like a save icon?”

“I am shocked and appalled that you would consider three-timing you with our good friend and my fiance and impregnating and marrying said fiance without discussing it with you a betrayal. Grow up, sir.” Hirose has no redeeming features at this point.

Two people betrayed by the same guy. One basically crumples when he’s mentioned, the other gets angry and protective.

The mystery in v01 has been solved, so I don’t really know what’s coming next. I’m pretty sure the relationship will move very slowly. I really like the later volume covers; it looks like the story will take place over the course of a couple years. I hope this means Youji will start thinking before getting angry. I don’t really expect things with Hirose to be settled – maybe he’ll keep showing up and being a jerk, maybe something bad will happen to him. Maybe we’ll get a hint of what made him so easy to fall in love with? I mostly expect him to appear occasionally to mess with people’s emotions. I want to hear more about what Senko’s doing in New York, but I don’t really expect to. I am looking forward to what comes next!

Whenever he’s drawn at this angle, Ren looks like a pelican.

Unfortunately, due to life circumstances, this project had to be abandoned, though I so wish I could continue reading it with nemubits–it promised to be such a good time. 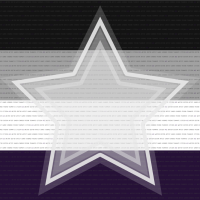